Although eligibility rules have not changed, changes in how those rules are being applied mean that care home residents have been refused patient transport since DHL took over the contract in September. 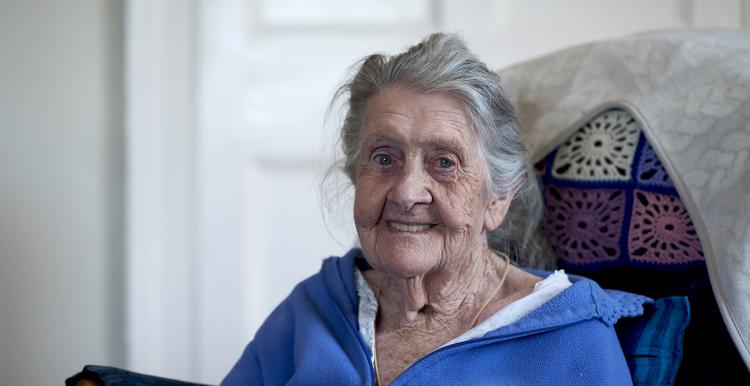 Patient transport is a service provided for residents who are unable to attend hospital appointments by public transport or any other means due to their medical condition. As services move out of hospitals, patient transport also allows vulnerable residents to attend appointments which are offered in community settings. DHL now provides both the call centre to book these non-emergency journeys, and the staff and vehicles to transport patients to their appointments. As well as local community health centres, DHL's contract covers appointments at the Whittington, the Royal Free London, Moorfields, and North Middlesex University Hospitals.

Four main themes have emerged from the feedback we have received on the new service:

Care home managers in Islington report that residents who were previously entitled to patient transport services are being turned down. Those that have a wheelchair and support from a care worker are being asked to make their own way to their appointments. However, it is difficult for carers to take residents, many of whom have dementia, on public transport. Instead they are going by taxi with the cost of the fare coming out of the resident's Personal Expenses Allowance (pocket money intended for personal use, rather than for covering the cost of care).

It feels a bit like health services pushing costs on to social care or to individuals.

Family carers are being refused permission to accompany elderly relatives on patient transport. In one case, a 93-year-old woman being taken to hospital with sight issues was told she could not be accompanied by her daughter. Her daughter had always been allowed to accompany her before.

2. People who find it difficult to use the phone can't access the service

Patients are now required to make the transport booking themselves (previously the booking was generally made by a health professional). However the DHL call centre is not accessible to patients with communication support needs, or conditions that make it hard for them to spend a long time on the phone. Not everyone has a relative that can phone up on their behalf. One resident with brain injury recently discharged themselves from the community rehabilitation service because booking the transport to get there was too stressful.

3. It takes a very long time to book transport

'We are aware that in the early days of the contract some patients had to wait longer than expected for a trained agent to answer the call. However, the assessment centre is now operating normally and patient calls are being answered in under three minutes, in line with our agreed performance metrics.'

The DHL call centre was initially understaffed, leading to long waits for calls to be answered. It is encouraging to hear more staff have been recruited to address this issue. However, although calls are now answered more quickly in the first instance, callers then wait in a queue to speak to a second call handler, the one who actually books the transport. The experience is described below, by a patient who needed to rebook travel after his physiotherapy appointment at the Whittington was rescheduled.

'I started my call at 10.00am and worked through the DHL phone menu to direct my call to the right place. At 10.03 someone answered to ask which department I wanted and then put me in the queue. Some 45 minutes later someone answered and we cancelled transport for today and booked it for next week.'

One health professional, supporting a patient who lacked capacity to make phone calls, described having to spend an hour and a half on the phone to make a single booking.

A provider of community health services told us that their staff members are having to stay longer in work because the patients using their service are not being collected in a timely manner. Service users have also reported long waits to be collected, and missed appointments.

'On our first visit with DHL they arrived at 10 minutes to 10 for our appointment which was at 10.00am.  We were told to be ready two hours beforehand. We were up at 6.30 am to get ready on time for the two hour window.

I tried ringing the number to see where the ambulance had got to, however, as usual there was music on hold and the automated message, but no response from anyone.  I was worried that we would lose our slot if we were late. Eventually, the ambulance did turn up and said they were outside our block (they were not as we can see from upstairs). They did say they were new to the area and were going only by the sat-nav.

On the return journey, the podiatrist had trouble getting through to the transport again, to let them know we were ready to go home. It was nearly 12 noon before we got picked up. We waited a bit for the helper or escort to come into the Health Clinic, but no-one came out of the ambulance so we made our way out, and I asked the question "what is the situation now, are we supposed to come out to you, or are you supposed to come in and get us?" to which no reply was given, as the helper was on headphones on their mobile call.

All in all I was not impressed.'

We are raising your concerns about patient transport with commissioners. Five CCGs - Camden, Enfield, Islington, Haringey, and Barnet (the lead commissioner) - have responsibility for commissioning the service. They do so through contracts with the hospital trusts, who then have their own contracts with DHL. Meanwhile, the Royal Free London Foundation Trust oversees the call centre run by DHL.

'The eligibility criteria are being applied on a case-by-case basis which makes it difficult for us to advise on who can and can't use patient transport, and hard for patients to challenge.

'We are also concerned that this service does not currently comply with the public sector equality duty. This duty is "anticipatory" which means that an organisation cannot wait until a disabled person wants to use its services, but must think in advance, and on an ongoing basis, about what disabled people with a range of impairments might reasonably need. So for example, we’d expect an alternative to phone communication to be routinely offered, in case any potential service users may be hearing impaired or have speech problems. We raised this with commissioners and were told to e-mail DHL’s complaints service if someone needed a reasonable adjustment to be made. However, recognising that this does not anticipate need, Royal Free’s team have now agreed to review this approach and take steps to ensure compliance.'

What's your experience of patient transport?

Tell us if you've have a good or bad experience using patient transport support. Your views can help improve services for people across the country. 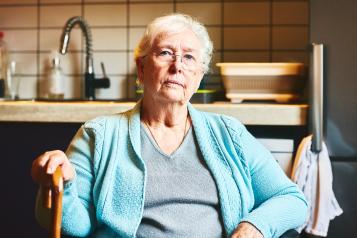 Our position on Patient Transport Services
We'd like to see clearer eligibility criteria, and better access to the service for patients with communication support needs.
5 March 2020
Response 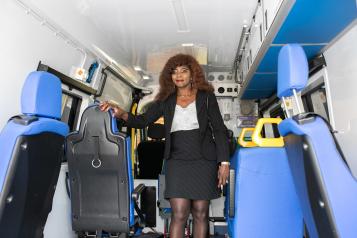 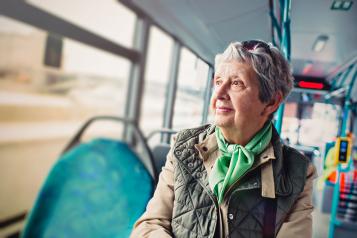